The living and the dead are working side by side in John Challis’s dramatic debut collection, The Resurrectionists. Whether in London’s veg and meat markets, far below the Dartford Crossing, or on the edge of the Western world, these poems journey into a buried and sometimes violent landscape to locate the traces of ourselves that remain. Amidst the political disquiet rising from the groundwater, or the unearthing of the class divide at the gravesides of plague victims, the veil between the living and the dead is at its thinnest when a child is born, and something close to hope for the future is resurrected.

‘In his debut collection, The Resurrectionists, John Challis reminds us how both personal and collective histories remain a part of our present…. this is poetry as archaeology, though with a lyric alchemy that can conjure “a heap / of gangrenous bodies” at a plague-pit excavation in modern London. Challis commemorates the lives of working London people – butchers in Smithfield market, a cabbie father, “barrow boys and cockle pickers” – in poems that reflect on class politics while generally avoiding nostalgia…. The Resurrectionists is alive to both the individual moment and the long perspective.’ – Ben Wilkinson, The Guardian, best recent poetry

‘In John Challis’s superb first collection, the past has not finished with us. It pursues and provokes and questions what we’re about. Entire vanished or vanishing worlds of work – on the East End docks, at Smithfield, in the pre-Murdoch print, at the wheel of a black cab – reveal vivid traffic between the living and the dead. In rich, urgent combinations of the dramatic and the lyric, Challis adds new energy to the poetry of history, in the tradition of Harrison, Smith, Dunn and Wainwright. In its embrace of both the political and the metaphysical, and in its tender regard for ordinary life the book is both timely and necessary.’ – Sean O’Brien

‘These poems throw a great arc of light out of the city’s storeyed past into the present, place, trades, family, vulnerable fatherhood. Here, balanced at the very edge, where “light will fall out of our language”, John Challis shines his words into the workings of the heart and of nature, with all their unpredictable transformations.’ – Imtiaz Dharker

‘John Challis’ first full length collection The Resurrectionists occupies the liminal space between the living and the dead. The industrial past and its violent landscapes are not finished with  us, but instead spring forth into the present moment where “time alone can be itself, bait and cast a line”.  The  Resurrectionists explores how the past comes closest when the future is at  hand: “the dead leaned in… as though to kiss our baby’s head.” – Poetry Book Society Bulletin, Summer 2021

‘The Resurrectionists is the outstanding first full collection by the North East-based poet John Challis. These are engrossing and vivid poems that capture often disquieting little-told stories of London, full of narrative drive and a variety of voices that feel real and lived.’ – Will Mackie, New Writing North (New Poetry from the North, Summer 2021) 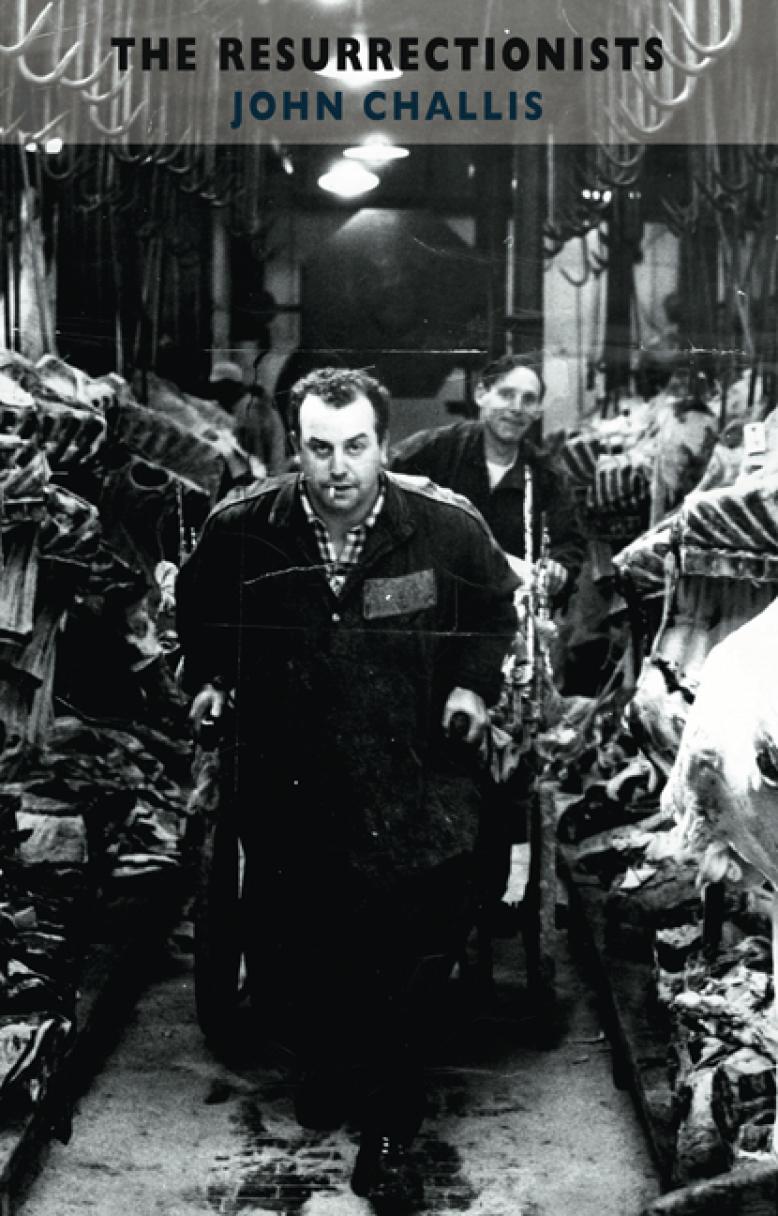 “John Challis’ imaginative dashcam crisscrosses the A-Z, shuttling between the haunts of Hansard and the vast penumbra of the capital’s lay-by-lands. These poems are richly inventive, assured and charged with the mysteries and excitement of the initiate. Their knowledge will work its way into your hippocampus.” – Paul Farley

“The poems in The Black Cab show John Challis’s increasingly confident handling of a rich seam of material in which several subjects combine, including family his-tory, work, class, and the larger social and political history by which they are all shaped and which they in turn illuminate. Challis is able to explore this terrain in ways at once lyric and dramatic, with a rich human sympathy and curiosity, and with a powerful sense of the unceasing competition between memory and mortality. His world is at once material and in a sense metaphysical: beneath its streets the underworld stands open. It’s an exciting debut.” – Sean O’Brien

“Fittingly, The Black Cab opens with an epigraph from Dante’s Inferno, at the moment of the poet’s encounter with the ferryman, Charon. With this as our trail-head marker, Challis becomes our Virgil, guiding us from his father’s black cab through the urban dystopia of our moment. The journey is well worth the fare, as we are in the hands of a young poet whose mastery of his art is already apparent, just as much as Seamus Heaney’s was when he began. Challis is gifted with an abundant capacity for meditative attention, a command of strenuous diction, an unerring ear for the deep music of place and labor. Read for cotchel, dog’s muck and cindery slag, for the slack sail of the sickbed sheet and the spade striking a seventeenth-century plague victim’s skull. You will not soon for-get these poems, nor soon encounter a début collection as impressive as this.” – Carolyn Forche

” there’s a snappy directness to Challis’ writing; a lack of circumvention that shuns excess sentimentality and unnecessary detail (“My age is unimportant.”). The style points to a precision of thought whose destination is always on the horizon. […] Challis is cautious about creating dead-end alleyways when it comes to interpretation, even in the poems that do park themselves firmly inside the taxi theme. Like the “London’s maps in more than three dimensions” in ‘The Knowledge’, there are several dimensions to be discovered, and most readily is the social commentary. The poems are highly attuned to class disparity, winding down the windows on fast-food wastelands one minute, then ferrying the decision-makers from Canary Wharf to Porticullus House the next. The pleasure of navigating this pamphlet is found precisely here; the all-encompassing freedom of movement that flits us from one person’s life experience to another.” – Jade Cuttle, Magma Poetry (September 2018).

“In all of Challis’s poems his interest in making the words work is evident: the metaphors and similes, the careful use of formal structure in many poems, and the sheer pleasure of bundling sounds up to give impact. […] they have a dark, laconic power when read slowly and carefully, looming into the silence, giving pause for thought. They worked in my accent and I suspect they would in any. Which I mention, particularly, as what underpins this very good first pamphlet collection is the relationship between the father and the son, their accent (in the broadest sense) and manners.” – Jonathan Davidson, “Whispering Aloud”, Under the Radar, 21 (Summer 2018): 77-78.

“The collection has the three dimensions of a nice, neat, narrow focus – London, black cabs, the poet’s own immediate heritage; then he, himself, growing up instead to work ‘in the light of a desk lamp’ (‘Blood’) – but it also probes deeper into the foundations of what shapes us, including before our lifetimes. In so doing, it maps out a whole recent-history of England, as poem after poem chronicles and celebrates, for instance, ‘the country’s near forgotten maze of beta roads’. […] Above all, I think I found this an affectionate collection – one born out of a passionate preoccupation with all that surrounds and passes him.” – Charlotte Gann, Sphinx Reviews 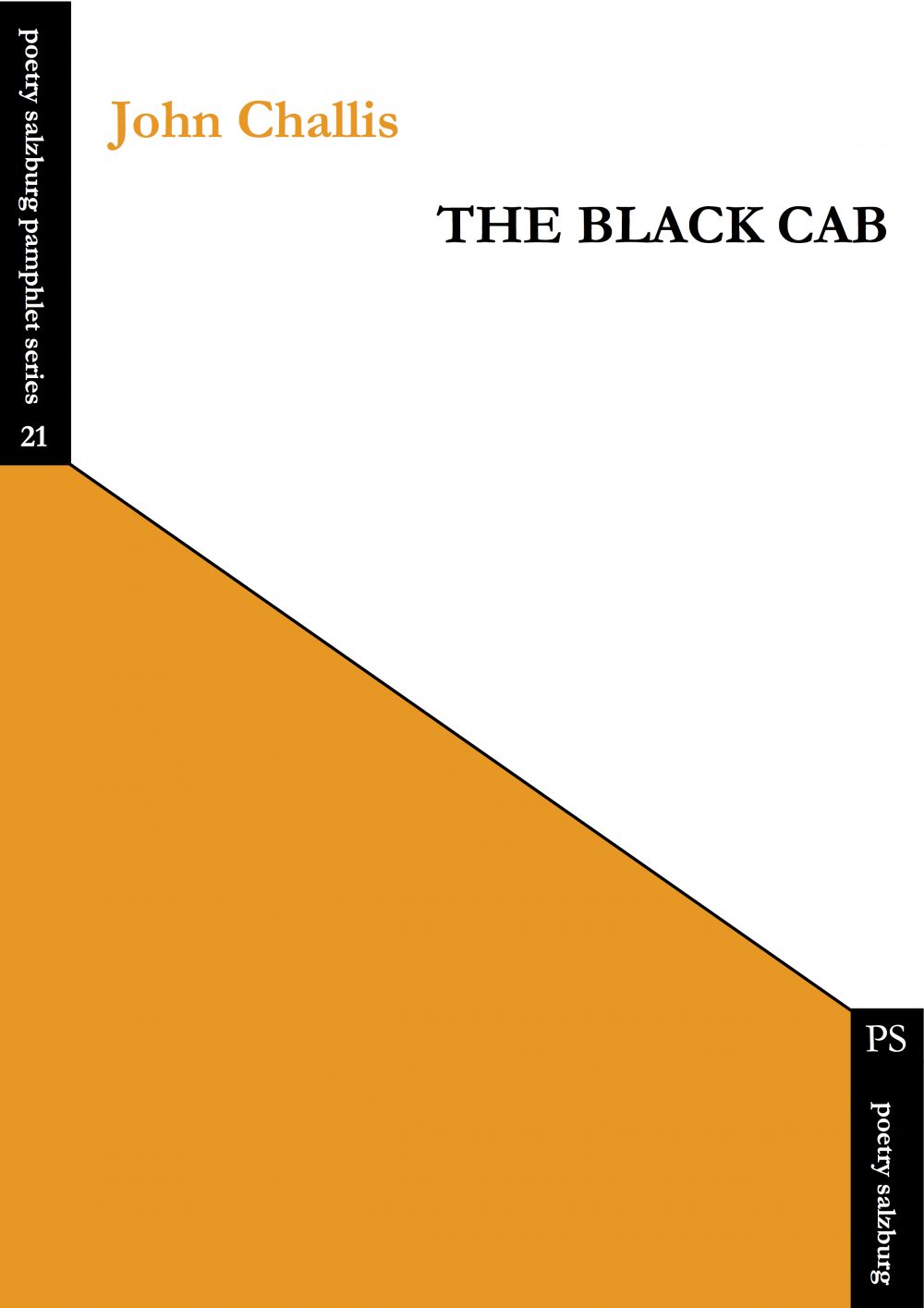 'Night Change', 'Where the devil gets in'

‘Fares’, ‘The Knowledge’, ‘Naming the Light’

The Land of Three Rivers: The Poetry of North-East England (Bloodaxe, 2017)

'Gift of the Gab'

‘The moth collector’, ‘This is the market’

‘Things can only get better’, ‘Pillbox’

‘North Cascades’, ‘in my heart’

The Poetics of the Archive (Newcastle University, 2015)

Permanent Afternoons: The Underworld in the Poetry of Sean O’Brien

The Inescapable Past ('The Long Take' by Robin Robertson)

'The Built Environment' by Emily Hasler

‘Kingdom of Gravity by Nick Makoha’

‘The Fetch by Gregory Leadbetter’

You can find out more about which cookies we are using or switch them off in settings.

This website uses cookies so that we can provide you with the best user experience possible. Cookie information is stored in your browser and performs functions such as recognising you when you return to our website and helping our team to understand which sections of the website you find most interesting and useful.

Strictly Necessary Cookie should be enabled at all times so that we can save your preferences for cookie settings.

If you disable this cookie, we will not be able to save your preferences. This means that every time you visit this website you will need to enable or disable cookies again.

This website uses Google Analytics to collect anonymous information such as the number of visitors to the site, and the most popular pages.

Please enable Strictly Necessary Cookies first so that we can save your preferences!